Politics Of The Voice

Politics Of The Voice is a focus on one of my favorite contemporary artists, Yannis Kyriakides, a prolific and award winning composer, sound artist and improvisor born in Cyprus in 1969. Drawn to the relation between music and language, many of his compositions and sound installations utilize speech, video text and music in a really unique way. Politics Of The Voice starts deliberately with Anosmia (2013), a text composition of my own, in which I am actually quoting Yannis Kyriakides,… literally. I stole Kyriakides’ voice, sampled it, manipulated it and then integrated his voice into some of the key moments of Anosmia. The text that I am reciting is ‘Politics Of The Nose’, a poem by the Rwandan writer David Mwambari. 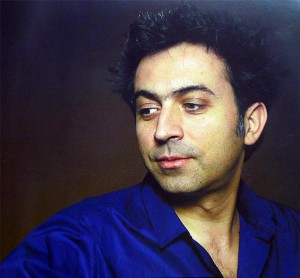 • Anosmia [0’00 » – 43’38 »] is an abstract reflection on the absurd fact that a tiny part of the body, the nose, played a key role in the Rwandan Genocide (1994). In the early 90’s Hutu extremists started broadcasting hate messages via public radio, against Tutsi people. Millions of Hutu moderates got manipulated and in April ‘94 the whole propaganda machinery escalated in a bloody civil war. Four months long a whole nation was haunting ‘the enemy’, while often the enemy had to be found within oneself or one’s relatives. Distinguishing a ‘real Tutsi’ from a ‘real Hutu’ is anyhow difficult due to intermarriage. So during this period of war and terror tough decisions had to be made, often in no time: e.g. What if you were married to a Tutsi and had children with ‘enemy blood’? Back in ‘94 brutal killings within one family or household were countless! The length of a nose was decisive to classify the enemy. Even if your passport said that you were ‘Hutu’, if you had a long and thin nose you were considered a Tutsi, so you’d had to hide or run for your life. Nowadays it is by law forbidden to use the word Tutsi or Hutu… Anosmia won the 1st prize at Monophonic 2014, Brussels The second part of Politics Of The Voice [43’38 » – 01h25’44 »] continues as a crash course into Yannis Kyriakides, presenting three of his key compositions: a conSPIracy cantata, the buffer zone and Naked Lunch.

• a conSPIracy cantata (2000) is an electronic cantata which juxtaposes two forms of cryptic message communication: the clandestine world of spy number transmissions on the shortwave radio (used in the Cold War a.o.), and the enigmatic uttering of the ancient oracle of Delphi. Both mediums were/ are used as forms of political machination. a conSPIracy cantata won the 1st prize at Gaudeamus International Music Week 2000, Amsterdam 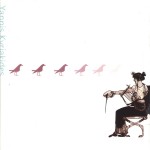 • the buffer zone (2004) is an audio-visual work that explores boundaries of separation. In the performance the audience and the space is split into two halves by hanging video screens. On each side there is a musician (piano and cello) who play imaginary duets with a virtual instrument on the other side. The central character is a UN soldier (singer/actor) who guards the buffer zone and freely crosses from side to side. The central image of the work is of the inner state of the UN soldier and how that is projected into the divided space. The soldier has to deal with his own boredom and his own dislocation and relocation in a desolate no man’s land where his main duty consists of reporting and turning away trespassers who stumble into the zone. Based on interviews and recordings from UN soldiers in Cyprus, the piece explores both the undercurrents of tension and inner and outer landscapes of the peculiar state of being ‘in limbo’, between two physical and mental states. 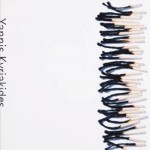 • Naked Lunch (2013) is a set of compositions inspired by the notorious book “Naked Lunch” by William Burroughs, composed for the dance performance of Club Guy and Roni. The concept of the music revolves around the idea of the polyphony of voices in “Naked Lunch”. Voice deconstructed into sound, text, utterance, and communication gesture. Influential in the development of this approach for the piece was Ian MacFadyen’s essay “The Mouth Inside: The Voices of Naked Lunch”, where he draws up a list of vocal states that are somehow conjured in the book: key words such as Merging, Mouthing, Ventriloquizing, Shapeshifting, Desanitizing, Elegizing, Telegraphing and so on. There are several pop songs from the 50s and 60s used in the work and these are: “Shakin’ All Over” by Johnny Kidd and the Pirates, “I’ve Had It” by the Bell Notes, and “Greenfields” by The Brothers Four.

Aurélie Lierman was born in Karago, Rwanda (°1980 ). She’s an independent radio producer, vocalist and composer. Lately Aurélie Lierman is trying new directions by fusing radio art, vocal art and composition. Her main focus is her personal field recordings: a large collection of unique sounds and soundscapes from rural and urban contemporary East‐Africa. Sound‐bit by sound‐bit she’s transforming and sculpting them into something she would call “Afrique Concrète”. Aurélie Lierman’s work has been broadcasted, exhibited and performed in Belgium, The Netherlands, France, Portugal, Germany, Italy, Austria, Romania, Israel, Cyprus, Switzerland, Ireland, UK, Morocco, South Africa, Australia etc. She won the 1st prize at Monophonic 2014 (Brussels) for ‘Anosmia’, a radio composition reflecting on the Rwandan Genocide. And in 2013 she won the 1st prize at Sonic Art (Rome) and the 3rd prize at Grand Prix Nova (Bucharest) for her radio compositions ‘iota mikro’ and KARIAKOO. Aurélie Lierman had two album releases in collaboration with the British cult-group Nurse With Wound ( [SIC] 2013 and “Santoor Lena Bicycle” 2014). She recently collaborated with Belgian visual artist Vincent Meessen on « Sampling the Man of Memory » an analogue surround sound installation exhibited at Kunsthalle Basel, Switzerland until May 25th 2015. Currently Aurélie Lierman is developing a series of site specific installations, performances and electro acoustic compositions for « Meanwhile, in Fukushima » to be premiered at Festspillene Harstad in Norway  (June 2015)

Listen to Aurélie Lierman’s program on your player