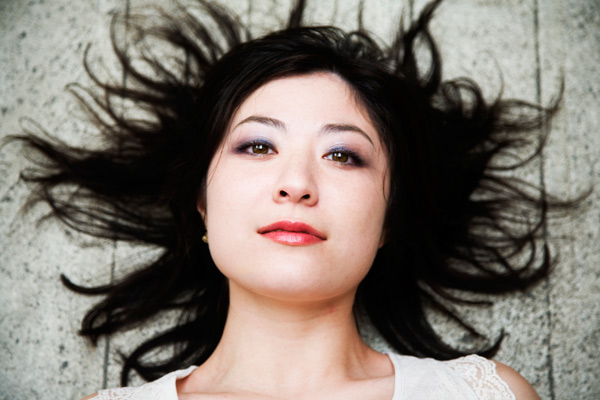 Shayna Dunkelman is a musician, an improviser, and a percussionist based in Brooklyn, NY. Dunkelman is known for her stunning classical techniques and her use of a Xylosynth to access a sonic pallet not found in acoustic percussion. Dunkelman’s musical activities span a wide spectrum. She plays classical and contemporary pieces with the William Winant Percussion Group and the young and stylish chamber ensemble Deviant Septet, while recording and performing with pioneers of avant-garde experimental musicians such as John Zorn and Zeena Parkins. She also improvised with popular electronic musicians like Dan Deacon and members of Matmos to name a few.  Composers have written percussion pieces that take advantage of Dunkelman’s versatility and unique style. She is also the founding member of the exotica inspired pop electronica duo peptalk with Preshish Moments. Dunkelman graduated with honors in both music and mathematics from Mills College in Oakland, CA in 2007, where she studied percussion with William Winant. Born and raised in Tokyo, Japan to an Indonesian mother and a Jewish-American father, Dunkelman learned to be a multi-instrumentalist, and performed alongside her mother, a musician and composer active in Asia and the Middle East.
Find more at http://shaynadunkelman.com